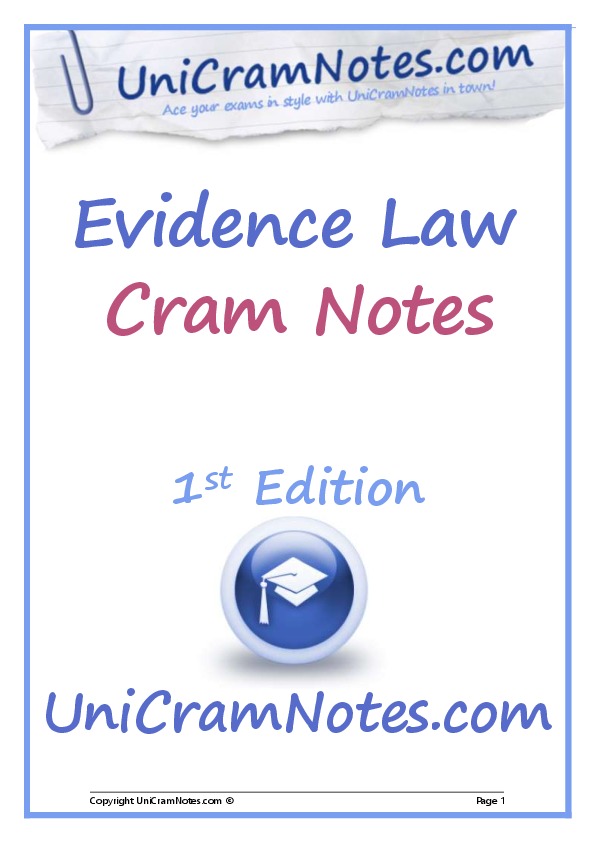 The evidence may be excluded if the considerations in s 138 are made out. The approach is outlined as follows: 1) The accused has an evidentiary burden to show impropriety or illegality on the balance of probability – This may be a breach of the relevant legislation (such as the Crimes Act or LEPRA requirements), a deemed impropriety under s 138(2) or a failure to caution (s 139). – Note that only the conduct leading to the collection of the evidence will be examined. 2) If the burden is satisfied, the prosecution must persuade the court to nevertheless admit the evidence. Consider the: – Desirability to admit the evidence, against the undesirability. This involves a consideration of the competing public interests that: o The guilty should be convicted; and o The police who enforce the law should also uphold the law. 3) The court determines whether to admit the evidence by analysing the facts under s 138(3)

The most concise and updated Evidence Law Study Notes for Australian Law Students.