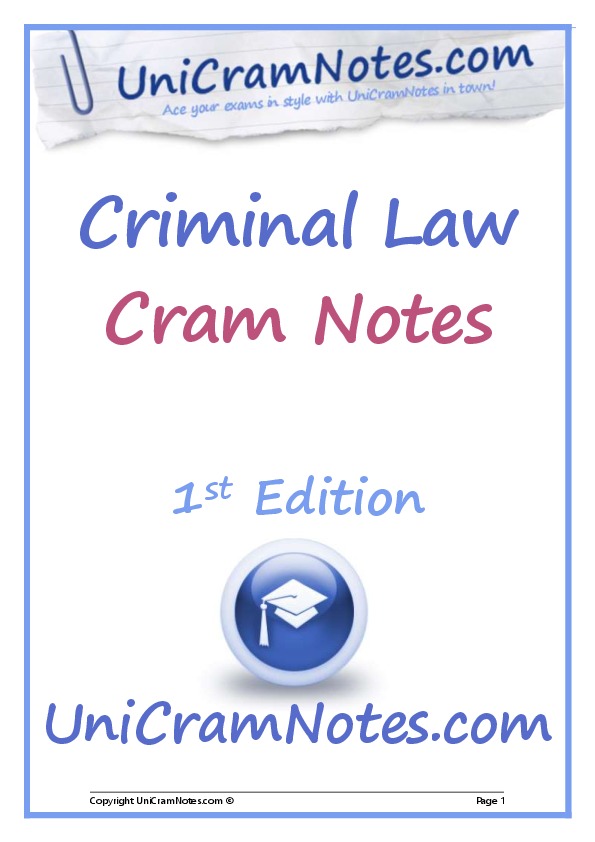 C. IS THERE COINCIDENCE OF ACTUS REUS AND MENS REA? For a criminal offence to be complete, there must also be coincidence of actus reus and mens rea. This means that the accused had a guilty mind at the time of committing the act. Cases have distinguished between various ways in which actus reus and mens rea can be found to be coincident. Meyers v R [1997] HCA 43 The court found no mens rea for murder even though the accused previously had the requisite mens rea. This was because the act that caused the victim’s death was the act of pushing the victim away in order to get to the phone, rather than the accused’s own intended murderous act. Thabo Meli (1954) In this case, the accused thought he had killed the victim and dropped him off the cliff, but it was the actual drop off the cliff that killed the victim. The court found that as long as there was a series of acts which led to the consequence, the mens rea that preceded the act can be found to be coincident with actus reus.

The most concise and updated Criminal Law Study Notes for Australian Law Students.