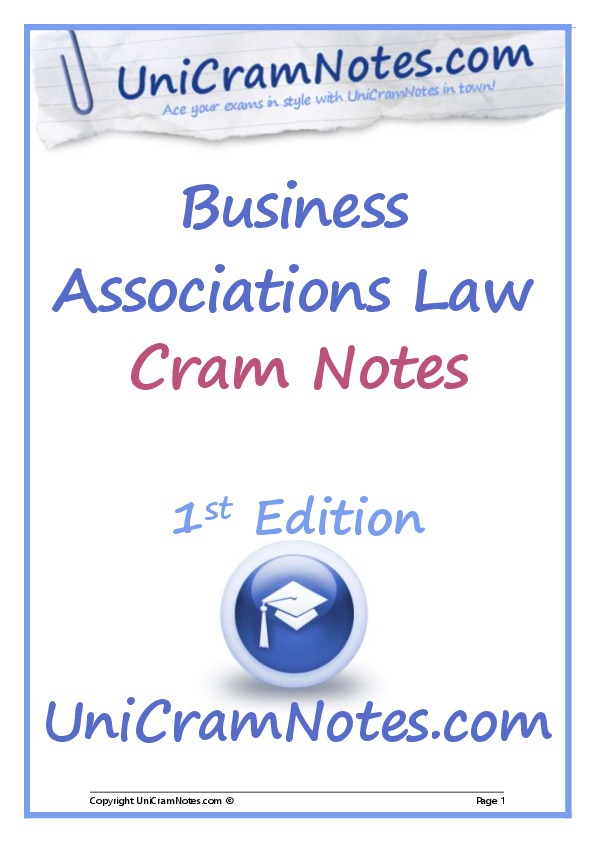 ii. WAS THERE ADEQUATE DISCLOSURE OF A MATERIAL PERSONAL INTEREST? Imperial v Coleman – The director must state and identify the actual interest they have, rather than a blank statement that they have an interest in the transaction. Gray v Porcupine Mines – Facts: Gray kept poor records of his dealings conducted for the company, and company funds were often intermingled with his own. The directors agreed not to sue him pursuant to a release agreement with Gray, although the directors were not entirely aware of the true and full position of Gray’s misconduct and misappropriation of company funds. Gray had only revealed a portion of his misconduct. – As the release was singularly favourable to Gray, only he knew how much he had appropriated. – Thus, in such a case, full disclosure was required. He must make his fellow directors fully informed of the real state of things. iii. WERE STATUTORY DISCLOSURE OBLIGATIONS SATISFIED? Under s 191, directors are required to formally disclose to the Board (for record in the Board’s minutes) the nature and extent (s 191(3)) of any material personal interest in a matter that relates to the affairs of the company. However, breach of s 191 does not invalidate the transaction (s 191(4)). Rather, it is a breach of s 1311, with the Schedule 3, Item 32 penalty being 10 penalty units or 3 months jail, or both. Note also that s 193 provides that s 191 does not displace the common law, i.e. the common law disclosure obligations still apply.